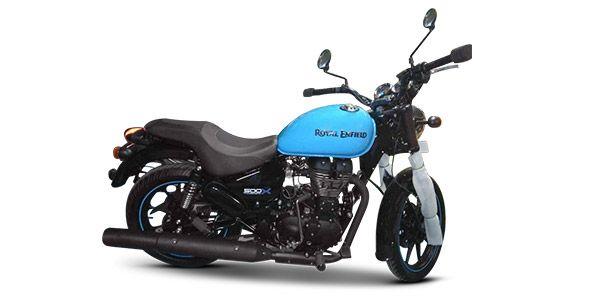 On February 28 motorcycle manufacturer Royal Enfield will unveil its newest creation, the Royal Enfield Thunderbird X.  While the date has not yet been confirmed by the company, current customers have been receiving invitations to the unveiling.  Two models will be presented, the Thunderbird 350X and the Thunderbird 500X with the 500X sporting a more powerful engine of 499cc.  The engine on the 350X will be a 346cc.

The original Thunderbird 350 made its debut in 2000 and the Thunderbird 500 in 2012 which solved all of the complaints against the 350.  Royal Enfield has retained the mechanical features for the 350X and the 500X with mostly cosmetic changes for the new bikes.  Reportedly, the new models will have better performance, less chrome in favor of grey and matte black paint, a single piece seat, and uniquely styled handlebars.  The 350X will have a carburetor and 500X will be fuel injected.

Royal Enfield has been in business since 1890 making motorcycles, lawn mowers and bicycles out of Redditch, Worcestershire in Great Britain.  In 1909 they produced a 2 ¼ horsepower motorcycle with a Swiss V-twin engine.  The 1911 model increased horsepower to 2 ¾. The JAP 6 HP 770 CC V twin came out in 1912 and included a side car proving to be the company’s most popular model.  Royal Enfield produced a motorcycle with their own engine in 1914.  With the onset of World War I, an attachment for a machine gun was adopted for the side car that could be aimed straight up to attack low flying planes.  Royal Enfield became a major supplier of military motorcycles for both the United Kingdom and Russia.

The Great Depression negatively affected Royal Enfield but thanks to their bicycle department, it was able to remain afloat.  During the Second World War the company, again, provided motorcycles for Great Britain.  The Royal Enfield WD/RE was a 125cc designed to be dropped by parachute along with troops. 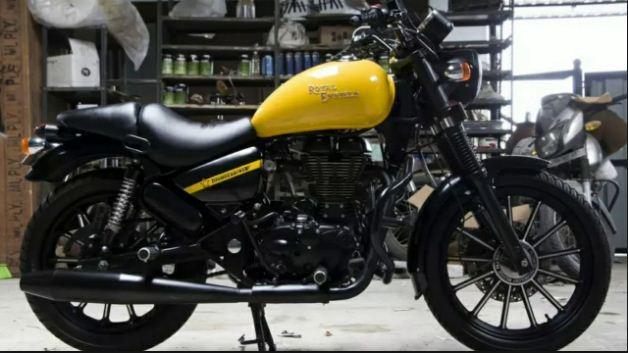 In 1949 Royal Enfield began selling in India and in 1955 the government of India used the Bullet 350 model for its police force and border control agents.  Enfield India was born when the Redditch Company merged with Madras Motors to manufacture the Bullet.

In 1968 Royal Enfield sold the United Kingdom division to Norton-Triumph-Villiers.  By 1971 the division was discontinued, and the Indian manufacturing branch took over.  The company was doing so well that by the 1980s they were exporting motorcycles all over Europe.

In 1990 when Enfield India merged with the Eicher Group the name was changed to Royal Enfield.  They were the first to adopt the new emission standards imposed by the Indian government and proudly continue to focus on emissions.

Since the merger with the Eicher Group, Royal Enfield has continued to raise the bar with modern equipment, the best designers and listening to input from customers.  The main branch located in Chennai, India received the ISO 9001 certification and high praise for its modernization, high quality standards and safe working environment.  The idea that “You can feel the pulse of your customers only if you get close to them” has been a standard motto for Royal Enfield and has been instrumental in setting up over two hundred fifty authorized dealers across India as well as over two hundred service centers.  The company exports to the United States, France, Germany, Japan, Great Britain and Argentina with more than three hundred dealers worldwide.  They hold annual biking tours such as the Tour of Rann of Kutch, the Tour of NH 17 from Mumbai to Goa, the Tour of Rajasthan, the Himalayan Odyssey and the Southern Odyssey.  The annual festival of biking in Goa, Rider Mania, is also hosted by Royal Enfield.

Read another story from us: Harley-Davidson’s electric bike coming next fall

The company’s web site, https://royalenfield.com has a unique photo collage showing the progression of their motorcycles from the very beginningin 1890 to the present under the history tab.

The future is shrooms

Is Dhoni retiring? – Putting a nail in the coffin of the ever-growing rumours